A very warm welcome to you at The Senaabhyas Educational Center

This is the only institute which trains students for all kinds of entries to armed forces beginning from SSB where success stories are well etched regularly, classes for NDA/CDS/AFCAT/INET for officers entry exams and then separate batches for youngsters looking to don uniform via AA/SSR/ MR exam for Indian Navy and X/Y group exam to join elite Indian Air Force and of course the Indian Army aspirants for recruitment through various entries are also trained for both academic and physical tests. Mission at The Senaabhyas Educational Center is “to educate, train, and inspire all aspirants of the Indian Armed Forces so that each individual is committed and prepared for a career of professional excellence & service to the Nation and demonstrate excellence by following through Character, Academic, Physical, and Military training like programs.

The Senaabhyas Educational Centre is a premier training institute. It’s a unique institution blessed with large area, excellent facilities and qualified faculties. We train and groom youth of our country to join the armed forces, paramilitary forces and state police.

The Senaabhyas Educational Centre is run under the chairmanship of Brigadier Manoj Kumar who has served in the Indian Army for over 33 years. During his tenure he was the chief engineer of Atal Tunnel and has been awarded multiple times for his service to the nation. Brigadier Manoj belongs to the family that holds the Limca Book of Record for largest number of officers present in Indian armed forces.

The idea of Senaabhyas was conceived by Mr Tarsh Vashest son of Brigadier Manoj Kumar. Mr Tarsh is an alum of Faculty of Engineering, Dayalbagh Educational Institute and  IIM Ahmedabad. He has worked as a Senior Marketing and Strategic Executive in High Voltage Substations department of Siemens Ltd but always wished to contribute to the society and change the lives of youth. He knew that education is the best way through which we can transform lives. He was supported by his family who helped him to lay the foundation of Senaabhyas.

The history of Senaabhyas dates back to July 2015 when there were just three small rooms and four students. With quality education and by minding all the small details needed to crack the examination with proper  personality development classes as well as the medical assistance the students excelled in their fields. Now in the year 2022 this 7 long years of journey counts numerous selection in the armed forces with All India Ranks 3, 8, 17, 22, 23, 32, 34, 38, 40, 50 and so on.

The secret of our performance is consistent hardwork by the members of Senaabhyas while focusing on all the aspects of life such as physical training, mental training, personality development and much more. It is a green institute that is solar powered and has a proper sanitation system with sewage treatmemt plant. To maintain an overall balance we push students to take part in extra activities like sports, group discussions, indoor games, group exercises etc.

We train students for exams such as NDA, CDS, AFCAT, Air Force, Navy, State police, SSC and other similar competitive exams. There are separate batches for specific exams. We also provide workshops for practice and doubt sessions.

Student here are helped with all relevant study material. The curriculum at Senaabhyas starts in the morning at 8:00am and ends in evening by 5:00pm. The campus boasts of a calm environment with central garden and strict discipline.

The vision of Senaabhyas is to build schools that focus on building a good foundation from the very beginning. Our cadets will be trained to serve the nation not only by joining armed forces but also by contributing in other professional and social sectors. Yahan selection Ek Zid hai. Jai hind Jai Bharat. 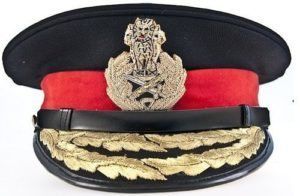 The primary mission of the Indian Army is to ensure national security and unity, defending the nation from external aggression and threats, and maintaining peace and security within its borders. 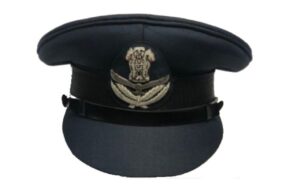 The Indian Air Force is the air arm of the Indian Armed Forces. Its complement of personnel and aircraft assets ranks fourth amongst the air forces of the world. Its primary mission is to secure Indian airspace and to conduct aerial warfare during armed conflict. 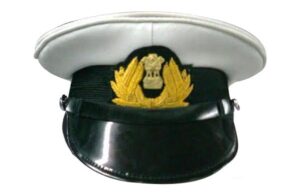 You Can Find Us At

Let's Get In Touch