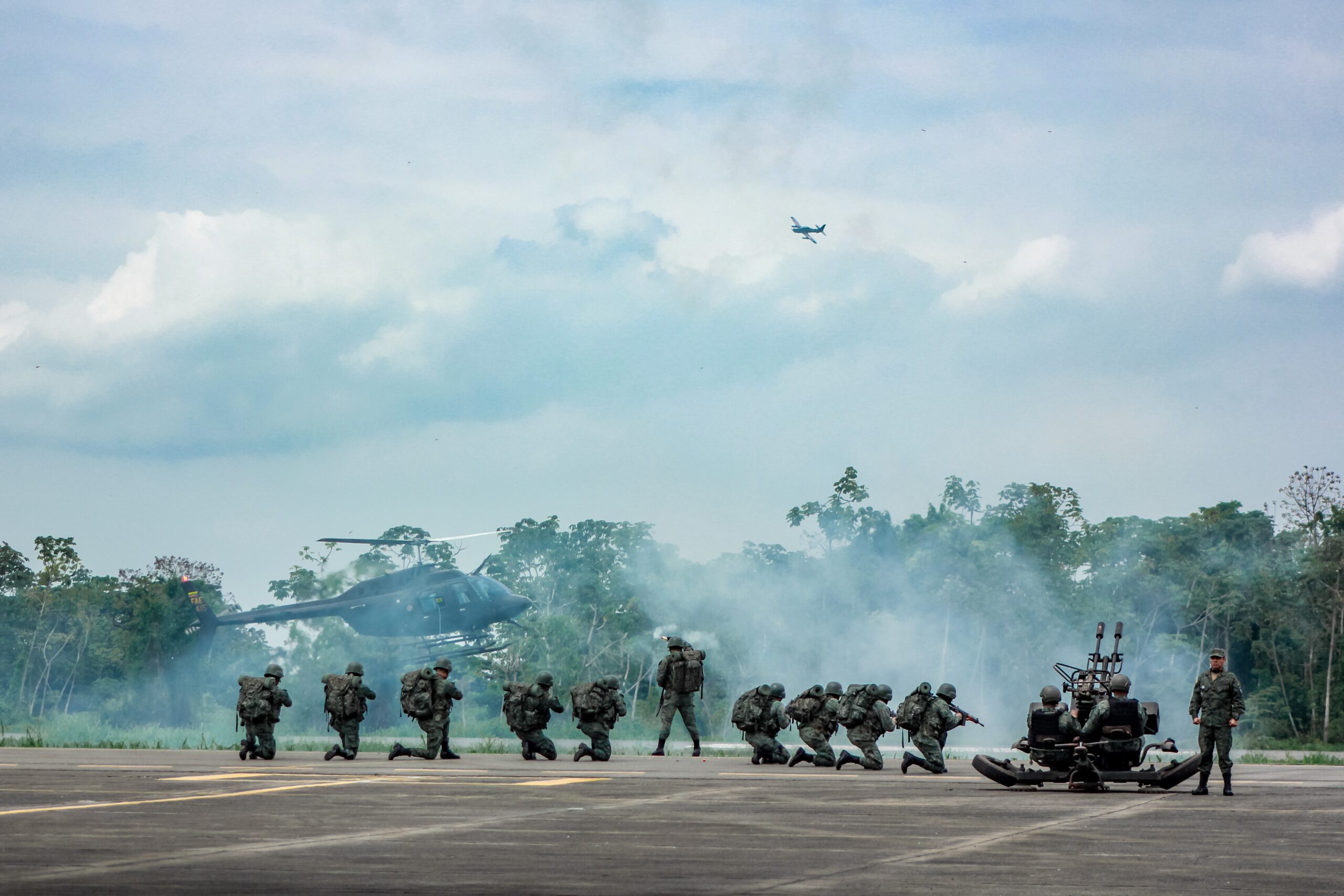 NSG Commando. How To Join

How to join NSG?

In India, there are several different security forces, however the National Security Guard, or NSG, ranks at the top of the list. One of those strong nations with the top security and military forces is India. Intensive training will be provided to this group of commandos so they are prepared to tackle any security difficulties or terrorist strikes that may befall India. They are not typically applied in all circumstances. They only receive training for managing unique circumstances where there is no room for error or failure. The best commandos are NSG Commandos, commonly known as Men in Black or Black Cat Commandos.

To combat all dimensions of terrorism in the nation, the NSG is a “Federal Contingency Deployment Force.” It is not designed to replace “the functions of the State Police Forces or other Para Military Forces” as it is a specialised counterterrorism force that should only be employed “in extreme situations.” Nevertheless, its function has grown over time to now include giving powerful politicians personal security regardless of the threat they really face.

What is National Security Guard (NSG)?

If you are unfamiliar with the National Security Guards, you should be clear that it was created in 1984. This team of commandos deals with terrorism or internal security operations. It is a Ministry of Home Affairs Unit thing (MHA). This unit was created exclusively for “Operation Blue Star,” which aimed at defending the nation against the internal instability caused on by any terrorist threat.

NSG is a force that combats terrorism and is prepared to act in unusual circumstances. They are skilled in handling risky and challenging situations to protect the country’s security and safety.

As a counterterrorism unit, NSG commandos respond to any invasion intended to cause harm. The NSG Commandos receive training for a variety of tasks, including hijacking in the water or the air. They have received training in bomb disposal, post-blast investigations, and hostage rescue operations.

In order to combat terrorism in our nation, a new task force was established in 1984 by the Union Cabinet. Two years later, in August, a measure to create the same was introduced. On September 22, 1986, the National Security Guard force was ultimately established after the president approved the bill.

Typically, they have no desire to meddle with or control any local militaries or police forces. The NSG commando is renowned for having exceptional traits including speed, power, perfectionism, hasty decision-making, surprise factor, etc.

They go by the name Phantoms and are also referred to as NSG Commandos or Black Cat Commandos. They are well-trained for any difficult or unexpected circumstance. Once chosen as NSG, even they travel to Israel for higher training.

Not just in extraordinary circumstances where a special task force with the necessary expertise and training is required, commandos are required. We may therefore state that Black Cat Commando only recruits the greatest individuals from other military organisations in the nation.

The hiring process is not particularly straightforward or easy. You must have worked for the Indian defence forces in order to join NSG, which is one of the most crucial eligibility requirements. The Central Armed Police, also referred to as the Indian Army, can also be made up of the CISF, CRPF, SSB, or BSF.

Major Facts To Know About NSG Before The Enrolment.

NSG is a government agency that employs trimming techniques to eliminate terrorists. They are divided into primarily three groups of Indian Commandos based on their specialties and performance throughout the training phase. One can enrol in the following services once the training has been successfully completed. The three divisions that make up the National Security Guard are:

The following are the fundamental prerequisites for joining any of the three NSG Groups previously mentioned :

Detailed Information About Salary And Benefits After Joining NSG

The Indian Armed Forces are renowned for offering their staff members the highest salaries and benefits. The National Security Guard commando receives a fixed stipend of 18,000/- per month while they are in training and after they have finished it. Their pay ranges from 40,000 to 85,000 based on their position, type of work, and other factors.

The possibility of receiving a great salary and a number of incentives has become one of the motives that many people are searching for details on how to join NSG. Besides from commando, the most prominent positions available through NSG Hiring are listed in the table1 along with respective typical wages. The positions offered are deputation-only ones.

In addition to the pay that one receives while serving, there are a lot more bonuses and privileges :

How to Join NSG? Selection Procedure for Joining NSG

Many candidates are perplexed because the organisation doesn’t have a traditional hiring process. The NSG Selection Process requires candidates to pass a number of examinations after they have met the eligibility requirements. There are three stages to the selecting processes and criteria. To receive the NSG selection letter, candidates must pass each phase.

The following are the requirements established by the Ministry of Home Affairs for hiring NSG commandos:

The candidates must complete two training sessions that are divided into beginner and advanced levels. The NSG Training Center, which is located in Manesar, Haryana, offers a basic training programme that lasts 14 months. On the other hand, advanced training takes nine months to complete. An estimated attrition rate of 70% to 80% is pretty normal because of the rigorous level of training.

Important Tips if You are Planning to Join NSG

The NSG conducts comprehensive training programmes and a thorough selection process, although there is also a huge list of traits that are necessary for selection. For better understanding, the following attributes of highly favoured candidates are listed:

Few people get the chance to join the National Security Guard, so it is impossible for everyone to comprehend the opportunity. However, with drive and motivation, aspirants can grasp the concept and give their best effort during the selection process. Candidates from a variety of different areas can also join NSG by following the aforementioned path to eligibility.

The NSG commandos are known as “The Black Cats” due to their demanding working environments and thorough training methods.

Despite the fact that the training phase is challenging and demanding, candidates can make it a little easier by being aware of it and training themselves on a personal level. The experts’ advice on the total demand by the NSG can be quite helpful in helping candidates choose their goal and chosen subunit.

It requires a lot of hard work and determination to become an NSG Commando. It will be necessary for one to be his best self. You must pursue your goals if you are passionate about this. Keep in mind that the process will take time, so do your best to maintain good health. In this universe, anything is conceivable. You can accomplish this if others have done so. Improve your preparation and join this esteemed organisation.

Question 1. Can foreign citizens apply for the  NSG Recruitment?

Ans. No civilians or foreign nationals may apply for the open positions because NSG recruiting only occurs within the current Indian armed services.

Question 2. What date will the NSG Recruitment start happening?

Ans. There is currently no information available about any forthcoming hiring campaigns. For additional information, candidates must visit the official website.

Question 3. How should I study for the written examination for the NSG Recruitment?

Ans. For the purpose of choosing qualified applicants, no written exam is given. In order to be considered for selection, candidates must show up for a variety of physical assessments and psychological tests.

Question 4. Where will all the applicants who were chosen for the NSG Recruitment be posted?

Ans. NSG commandos are sent anywhere the home ministry believes there may be a threat from terrorism.

Question 5. What organisations are included in Black Cat Commando?

Question 6. What is Black Cat Commando’s other name?

Ans. Another name for them is phantoms.

Ans. An NSG commando makes an average of INR 10 Lakh per year in pay.

Question 8. What height is required for NSG commando?

Ans. The candidate must be at least 157 cm tall.

Question 9. How can I join the NSG after my 12th grade?

Ans. There is no longer any chance to apply for the National Security Guard Commando after 12th. The minimal criteria to enrol for the NSG is graduation.

Ans. In addition to Army personnel, we routinely observe “Black Cat Commandos” being used in VIP security. These are National Security Guard (NSG) members, the toughest soldiers selected through the strictest processes.

How many Service Selection Boards are there In India?

Tags: How To Join NSG, Join NSG, NSG, NSG How to join 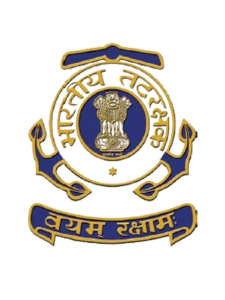 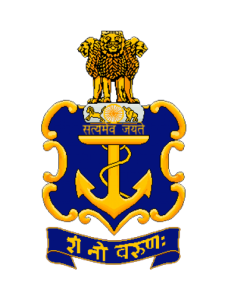 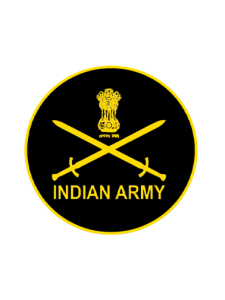 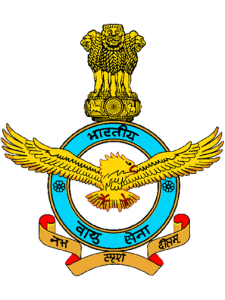