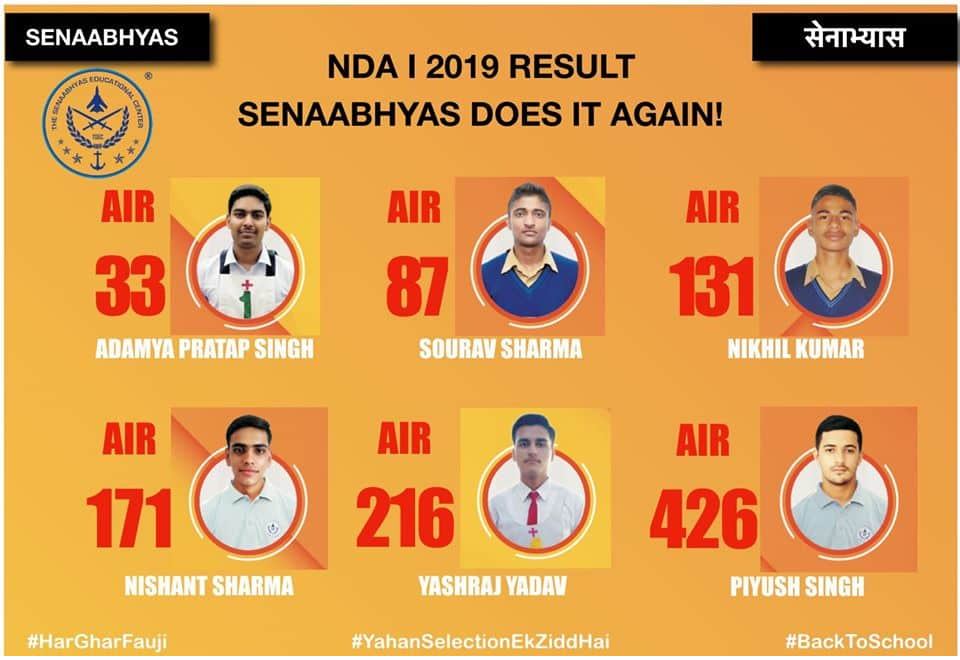 The National Defence Academy (NDA) is the Joint Services academy of the Indian Armed Forces, where cadets of the three services, the Army, the Navy and the Air Force train together before they go on to pre-commissioning training in their respective service academies. The NDA is located in Khadakwasla near Pune, Maharashtra. It is the first tri-service academy in the world.

NDA alumni have led and fought in every major conflict in which the Indian Armed Forces has been called to action since the academy was established. The alumni include 3 Param Vir Chakra recipients and 9 Ashoka Chakra recipients.

NDA or National Defence Academy is a national institute for training selected young men for officer level entry into the Armed forces of India. NDA is located at Khadakwasla near Pune, Maharashtra. It is a training facility for the leaders of tomorrow who will be respected and followed. It is not just an institution but a way of living. NDA transforms a hesitant young cadet into an honourable, physically and mentally competent and polished man who is prepared for any kind of adversity that might face him; an officer and a gentleman.

The training at NDA is rigorous. In addition to service training for the Army, Navy and Air Force, the cadets are also taught academics to cover the graduation level degree in Arts, Sciences or Computers. The training at NDA is broken into six terms and the total duration of training is three years. Once their training is concluded, the cadets are awarded their bachelor’s degree at the passing out parade of NDA. Thereafter the cadets go to their respective service institutes i.e. the Indian Military Academy or IMA for army cadets, Air Force Academy Hyderabad for Air force cadets and Naval Academy Cochin for Naval Cadets.

To know more about NDA, please view this link, http://nda.nic.in/

HOW TO APPLY FOR NDA

NDA written exam is comprised of two tests. Duration of each test is two and a half hours and both are conducted on the same day, consecutively. Examination is set by the UPSC.

Matrices and Determinants: Types of matrices, operations on matrices Determinant of a matrix, basic properties of determinant.  Adjoin and inverse of a square matrix, Applications – Solution of a system of linear equations in two or three unknowns by Cramer’s rule and by Matrix Method.

UPSC declares the result of NDA written exam in 3-4 months after the written exam. The same can be viewed on the UPSC website. Being a competitive exam and there is no fixed cut off percentage for passing. Candidates who perform better are sent the call letters for SSB interviews. The final merit list is prepared after the SSB interviews final result and displayed on the UPSC website. Joining instructions are sent to students based on vacancies available as per the merit list.

You Can Find Us At

Let's Get In Touch